“Entrances represents the connection between video art and music. Originating from Scribble’s full length “Lighthouse” mix an amazing project developed over time, brining together three artists reacting to each others works via different formats of artistic expression.

Previously released on This Ain’t Music, Scribble’s “Lighthouse” EP is the beginning of ENTRANCES. The Edinburgh-based producer’s latest effort was built on top of the remains of his previous works and portrays a story of decay unfolding over four parts. Monotonous ambient soundscapes were build into a full 12+ minutes mixed version.

When Caleigh was asked to create one of her amazing visual art pieces for Scribble’s release, she directly felt the connection with his work. The result is an amazing piece of art, scoring the EP and being a direct reaction to Scribble’s musical work. In the artist’s on words:

I had become obsessed with this horizontal sectioning in the months leading up to production. The sectioning began to form its own modality. Its visual and conceptual presence serves as a segregation of visual fields, whereby each visual field independently introduces new “in-between” fields. The video itself occupies and reveals such in-between space. Through re-recordings of new and found footage, the in-between moments are isolated and brought to light, generating new experiences or rather, generating new opportunities for new experiences. This piece is the brighter of the two videos in the release. A dark and violent division gives way to a new and intense light. The work is on flesh, out of lumens.

Previously working with Caleigh on their collaborative “Black Janice” project, we asked Ross to actually score the video that Caleigh created. Therefore his work is a musical interpretation of the video art, giving the release it’s next step and a different character.

The score was written with a nylon guitar (live take), an analog synthesiser (live take), and digital emulations of piano, violin and organ (arranged), The score was recorded through 1/4 tape processing and external effects processing, both of which were recorded into Logic Pro 9 for granular synthesis, editing, and arrangement. The recording took place in April of 2014 in San Diego, CA, and editing/final arrangement/mixing took place in May of 2014 in Berlin, DE. This work is part of the endless lineage of those who wish to convey what conventional language cannot. The elemental principle of aesthetic is a strong propellent behind the compulsion to create work. This inspiration comes from the attempted liberation of the temporally linear perspective intake from which sounds arranged for observation take on. All sound, like all light, has aesthetic potential through how it is framed, by using the inherent elasticity of the object under observation as a tool of conveyance.

The score is a tone poem in synthetic language or a field recording of some buried quartet, yet it is written with the intent to create an immediate holistic vision. Such a vision is realized by counterpoint and unison in the tones that run parallel with the video. The self reference, reflection and sampling that shape the composition of the score allow one to look at memory without nostalgia, somber without sorrow. The score is intended to facilitate a dialogue about the fading ghosts that inhabit emotional peaks and valleys as they witness such extremes blur, fray, and ultimately fuse into the platform of self definition devoid of chronology. The end, shaped by audio processing, fades to a bare memory of its original form: the beginning.

After receiving the new mix, the final part of the release should again be a video, which is now based on the interpretation of the mix Ross created. The process moves again form music into video art, with an unbiased reaction to the new music, which ultimately resulted in a much different video as compared to PART II.

The video is a progression of the original conceptual content. Visually softer, the video’s linear elements evolve to divide the canvas vertically; the colors are a study of daylight/morning rather than darkness/night. The confessional nature of this piece is dark. The image of the woman running out of the water is slowly revealed. The slowness emphasizes her struggle against water, fear, and urgency. I avoid narrative to allow for viewer disassociation. Out of my videos to date, her image is the most grounded. I expected to feel conflicted about having such a representational image featured, but I feel no such thing. She impresses such a martyrdom and sacrifice, overwhelming any desire to place her.

You can experience the whole project via the dedicated webpage.” 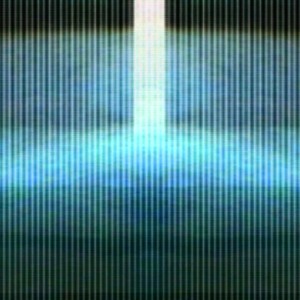 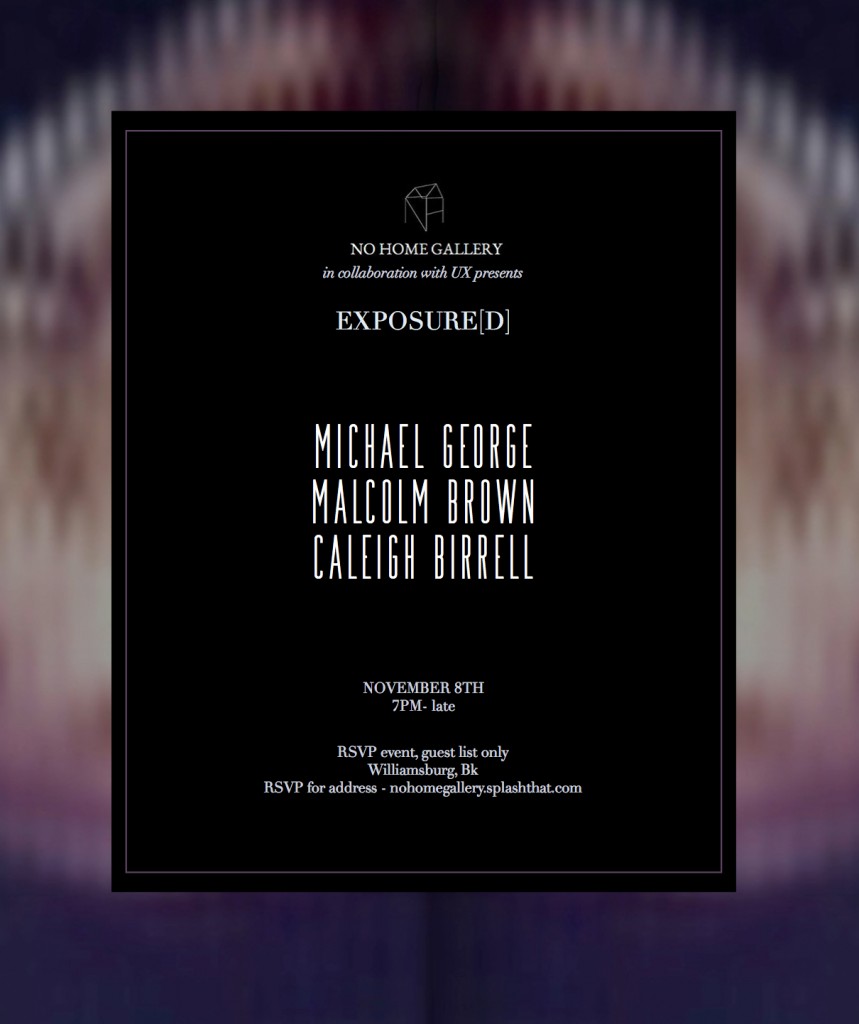 “On a blank wall, a window opens into an inky abyss filled with the moments between frames of a thousand grindhouse films. Content gives way to oily vistas of texture and shadow as scenes unfold like Rorschach inkblots seen through a broken kaleidoscope. The glowing rectangle makes reference to its own medium: the hypnagogic continuum dissolves into fractured loops, glitches, and seas of pixels—reminders of the illusory nature of video. As quickly as the lightscape disintegrates, however, it reasserts itself in an ethereal crescendo. The wizard behind the curtain is Caleigh Birrell, whose live manipulation of found footage is like a guided tour through a witch doctor’s fever dream.”
– L. Criley on live video performance at Black Janice, May, 2013.